This has been an interesting week.  We’ve had two solar storm predictions of note.  The first was the promise of a huge, potentially devastating event slated to arrive on March 18th.  The second is far less newsworthy: a high-speed stream is scheduled to drive activity at Earth between today and tomorrow.  What are we left with between these two reports?  A case study of both good and bad space science reporting.  Let’s break these down in reverse order:

END_OF_DOCUMENT_TOKEN_TO_BE_REPLACED

Haley’s Comet is making a return of sorts.  Bits of the famous comet will be hitting Earth’s atmosphere and lighting up from Oct. 20 to Oct. 23.  It should be a beautiful sight for amateur astronomers.

While this type of event isn’t frequently associated with space weather, ballistic hazards do pose a threat to spacecraft.  Small objects, including meteoroids and “space junk” (bits of old spacecraft) pose a huge threat to our space-borne communications.  Even grain-sized objects are moving so fast that they can pierce solar panels, insulation, and other parts.  Large objects can obliterate spacecraft, creating a new wave of space junk, which can cause a cascade of destruction around the Earth.  Space junk is serious business.

So, this got posted over at NASA’s webpage. 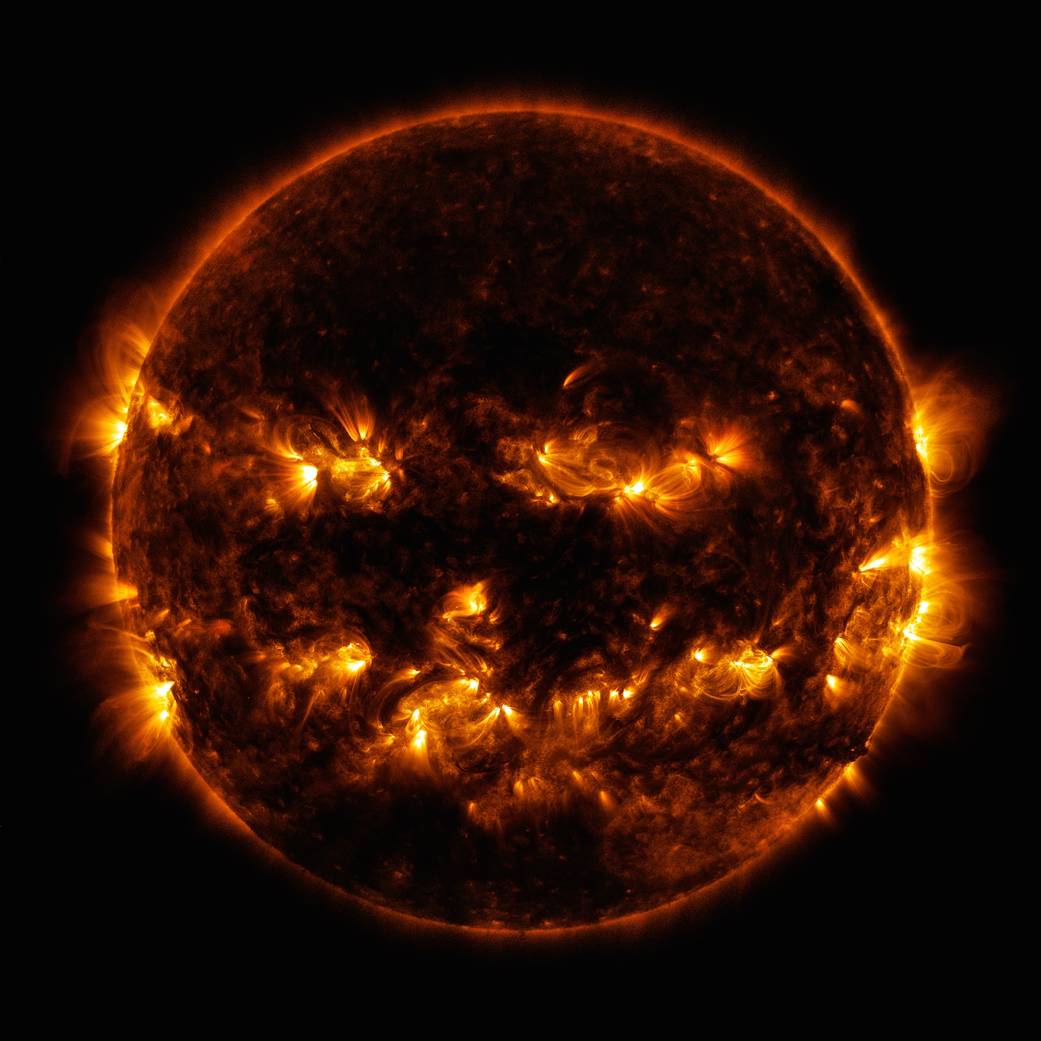 If the skies are clear, go outside- you just might see the aurora!  Over the past 24 hours, NOAA SWPC has been warning that we may see a geomagnetic storm.  Because the intensities of such storms are hard to predict, and because the recent spate of storms has been so weak, I have been very skeptical that we would see a “good one”, but right now, we’re seeing all the earmarks of a “real” space weather storm- one worth paying attention to!  The storm has reached “G4” on NOAA’s geomagnetic storm scale, which is the 2nd most severe category.  Here’s a quick summary of the last few hours:

So far, these are the kinds of numbers you associate with strong, possibly damaging storms.  It will be interesting to watch the DST number; if it drops to -300nT, we’ve hit “super storm” status.

Watch the skies this evening!

There is an excellent article at fivethirtyeight.com summarizing how the upcoming solar eclipse is huge opportunity for space weather researchers.  During this time, the Moon will eclipse the Sun, and the solar corona will be observable.  The corona is the Sun’s atmosphere, which extends far away from the Sun’s surface.  It is where many interesting space weather phenomena originate- including the acceleration of the fast solar wind.  The short eclipse period will give researches a short but critical window over which to learn more about how the corona behaves.

The corona is not easy to observe.  Under normal conditions, it is completely washed out by the light of the sun- it’s like trying to see the distant light of a cell phone screen which is directly adjacent to a headlight.  In research, tools known as coronagraphs are used.  These are telescopes with fixed occulting disks to block out the light of the Sun, allowing us to observe the corona.  An example is the LASCO coronagraph aboard the SOHO satellite.  You’ll notice that the occulting disk is very large- much larger than the radius of the Sun.  This is to prevent visual artifacts that would otherwise ruin the image.  During the eclipse, the Moon covers up much less of the corona than an occulting disk but does not suffer from light artifacts because the moon is very distant compared to the observer.  Therefore, the eclipse gives us perfect conditions to see the solar atmosphere.

While I won’t be making observations of the corona, I will be on a short trip to make sure that I don’t miss the eclipse.  I’ll share pictures and video here when I return!

Yesterday, I wrote a quick post about what to watch for when expecting a space weather storm to start.  Let’s have another look now that the storm has started:

Once again, there’s a space weather storm warning issued by NOAA’s Space Weather Prediction Center.  There are accompanying news pieces, too; especially in states and areas that are more likely to see aurora.  Then, of course, there are some rather colorful pieces, too, that do not help the reader understand what will happen.

Overall, it’s really hard to get a handle on how big a storm is going to be before it happens.  This is true for scientists and the layperson as well.  As we wait for this storm to hit, here’s some things to look for as the storm approaches and begins:

END_OF_DOCUMENT_TOKEN_TO_BE_REPLACED

Confusing?  It is, even to scientists.  M-I coupling is fundamental to understanding the characteristics and dynamics of space and space weather, but it is complicated, detailed, and heavily inter-dependent on many processes.  Scientists have been working on this topic for decades.  In 1974, a group of scientists sequestered themselves in Yosemite National Park with the goal of advancing their understanding of a hot new topic, M-I coupling:

Forty years later, in 2014, a second M-I coupling workshop was held at Yosemite National Park to see how our understanding has evolved over four decades.  It included many of the scientists who attended the first M-I workshop, and each block of talks was preceded by footage from the original workshop and remarks to add historical context to our work.  It was a unique experience of new and old; a singular conference where each presenter could see the giants on whose shoulders we stand. END_OF_DOCUMENT_TOKEN_TO_BE_REPLACED

I’m back from the Space Weather Workshop and catching up after a week away.  I’ll keep posting my notes from the remainder of the workshop.

There is something about the day after the banquet night at any workshop.  Perhaps it’s because it represents the half-way point of the meeting.  Perhaps it’s because most people who had the responsibility of presenting are done and relieved.  Perhaps it’s just the after-effect of an evening of eating or drinking.  Whatever it is, the day after the banquet is always looser and more relaxed.  The energy is still there in the presentations and conversations, but everyone is more easy-going.  This sets the stage for another excellent day at the workshop. END_OF_DOCUMENT_TOKEN_TO_BE_REPLACED

I’m at the Space Weather Workshop, an annual meeting sponsored by the NOAA’s Space Weather Prediction Center. When it comes to interfacing space weather science, policy, applications and forecasting, this is THE meeting to be at. I’ll be posting updates summarizing each day.

Day 2 picked up where Day 1 left off: with government agencies discussing how they can assist and lead Research-To-Operations (R2O) work within the field of space weather.  NASA had a strong presence in the morning session.  The NASA Living With a Star (LWS) program has a long history of funding space weather science, but are now changing their requirements to emphasize R2O.  Funded computer modeling projects will be increasingly expected to undergo data-model testing to help NASA and the community understand how code improvements are advancing our ability to forecast.  There was also a presentation from NASA’s Community Coordinated Modeling Center (CCMC).  This is an organization that collects computer models from the community and makes them available to everyone via web interfaces.  CCMC is working to be a validation hub that helps the LWS program evaluate different models.  They have been working hard to create a set of metrics (numbers that score model forecasts) to achieve this task effectively.  The strong NASA presence was rounded out by talks from NSF, SWPC, and the Air Force. END_OF_DOCUMENT_TOKEN_TO_BE_REPLACED